You are here : Introduction 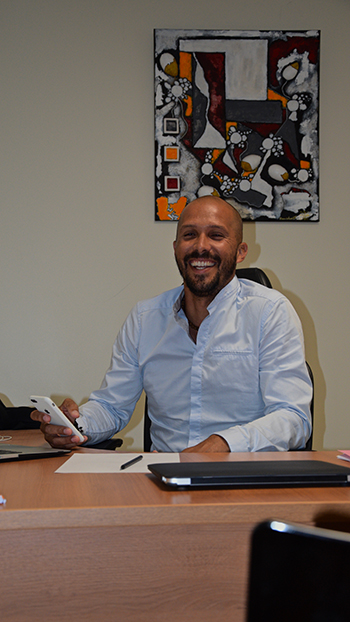 Born on February 25th, 1980, in Nice, South of France, father of one Davy Bernard is passionate about new challenges.

From very humble beginnings and leaving school early, he is driven by his love of hard work and a desire for business development.
Employed by the AHD Group (Agro-Food Industry Group) for 11 years, he moved from a commercial position to that of senior executive in the oil industry.
He founded his first company “B.CARBUNORD SARL” to manage and revitalise a “VITO” petrol station in the town of Morne Rouge, in Martinique.
In 2013, Davy purchased the company “JMM SARL” – VITO petrol station in the town of Lorrain, Martinique – then heavily in debt and threatened with liquidation, to organise its rescue.
His primary aim is the safeguard of jobs and to humbly contribute to the development of the northern towns of Martinique.
Today, these two structures, now sustainable and thriving, are the pride of his self-taught career.
Former Chair of the Association of the Vito petrol stations in Martinique, Davy Bernard is a representative of the employers’ association of this profession.
He was also a spokesman of the Trade Union of managers of petrol stations during recent turmoil which affected Martinique’s oil industry.
After tough negotiations, the movement had a satisfactory ending – preserving a distribution model which is beneficial to the safeguard of jobs, and more broadly for the overseas population.
Since June 2014, Davy Bernard has initiated the creation of the following:

His empathy, ability to adapt as well as his managerial skills make him an excellent partner for project development.